Diving in the Philippines

Have fun with us and explore the outstanding underwater world around Camiguin Island, where you can see the variety of fantastic marine life and healthy coral gardens. We offer dives in more than 25 dive sites you can choose from, which makes diving with Black Beach Divers good for a t least one week. This is also a perfect place for UW Photographers and for divers who always wanted to relax and enjoy every moment of your holiday. 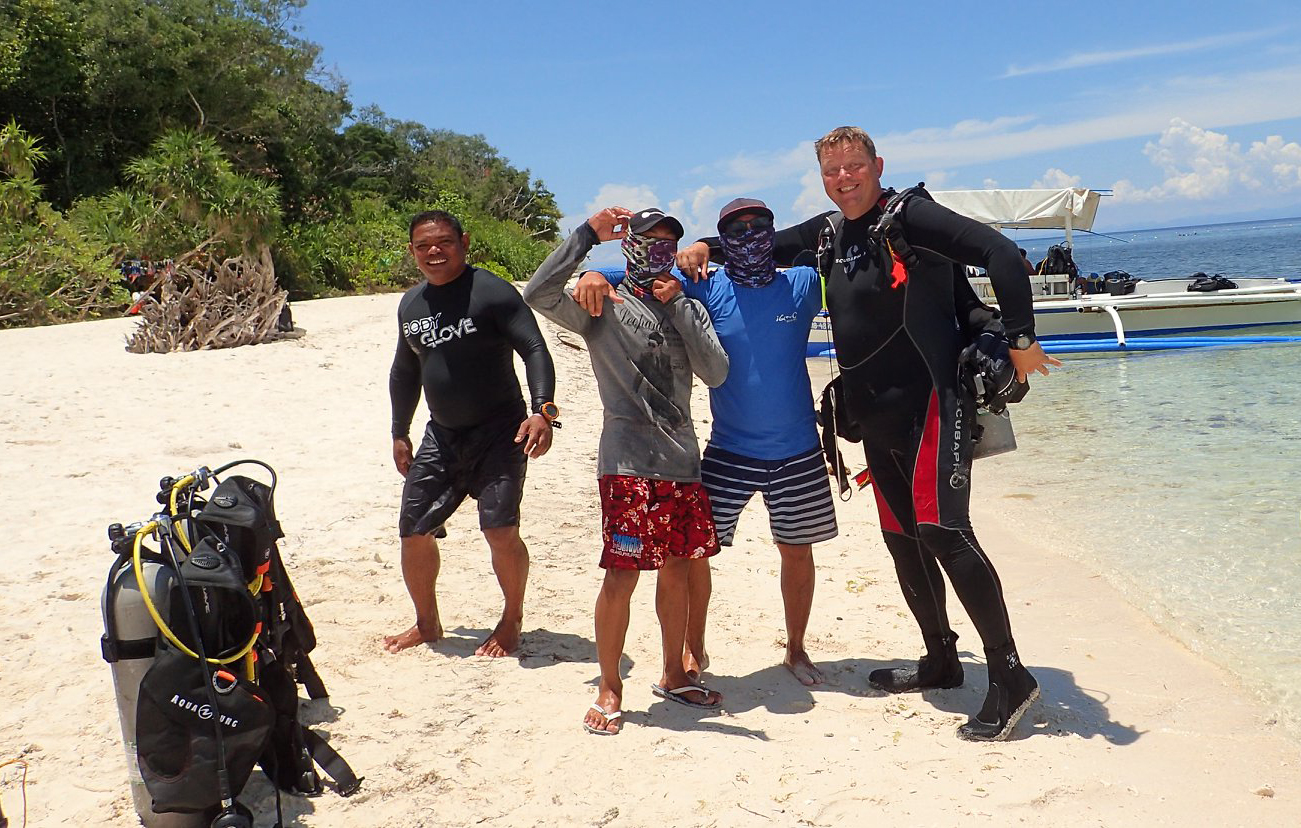 The Story of Black Beach Divers

Let me introduce myself at first.
My name is Axel, born in 68, from Germany, manager and one of the instructors here at Black Beach Divers in Camiguin.
A couple of years ago, I came to Camiguin on a kind of coincidence... A good friend took me here, me - whose map of the world has never included Asia. She was the Manager of the “Camiguin Action Geckos” Resort and introduced me to this wonderful place. What can I say? Me who always avoided hot and humid places and who was always used to have some kind of high standard accommodation, fell immediately in love with this gorgeous island, the kind people and especially this gem of a resort, a kind of jungle residence, right on the most beautiful part of the black beach on Camiguins northern shore.

I did my Open Water course with Arno, a dutch guy and the PAD Instructor of the resort, who gave me all the time I needed to overcome my reluctancy... and boy, I was reluctant to put my head under water. It took me hours under his humble and super patient advice, to overcome my fears and to be able to do at least the first two confined water sessions. The second day of the course, I pretended to have ear troubles, just to avoid another panicking experience. I was so close to quit. Then I thought by myself that I had traveled almost half around the world to learn how to dive, that I should give it at least one more try... Well the next confined water session took place in the sea. I – reluctant in the beginning again – descended and I was immediately caught by the sights of the beautiful fish and coral. I had only one thing in my mind: “I want to stay here as long as I can! I want to explore this!” From that day on, I was addicted to the sea and especially, what is underneath. I came back several times, spent every holiday here and made my diving career up to the Dive master certification. Not to work in the diving industry, but to proof myself I'm able to achieve that goal. At one point I got so over my regular IT job in Europe that I decided to move to Camiguin for good. Many plans were made and dumped again. I moved here anyway in 2018. Sadly, my friend has given up her resort in 2017 and the place became abandoned. When I just returned to Camiguin from a trip to Cebu Island in December 2018, I was asked if I would like to operate the Dive Shop in the former Action Geckos, which was now about to re-open under new management and the name “Beach House Resort”.
​
Without thinking about it, I said “Yes”... And now here we are, my team and me, giving our best to let you become as addicted as I am, to the beauty of the pristine and versatile dive-sites of Camiguin.

Why should you dive with us, what makes us special? Well.... “Simply Great Diving” is more than just a slogan, it's our aim to give you a great experience above and below the surface! We guarantee you will dive in small groups with a maximum ratio of six divers per guide.While you are on our boats, you'll get some amenities, that makes you feel more comfortable before and after your dive. Since I experienced a rough start in my diving career, it's my promise to you, if you decide to do a PADI course with us, we'll give you the time you need, to feel good and confident in the water and to master all skills. To make sure you will enjoy diving as much as we do.

Learn to dive with us !
Padi Courses
Our dive shop and scuba instructors are members of PADI , we guarantee your diving courses with us, will be fun and safe!
Connect to the world
Free wifi
We offer free WiFi to our customers, to share their experiences or to update their logbooks
Let's go diving
Daytrips
We offer trips to Mantigue Island for divers and snorkelers, to meet the calm and majestic turtles in the Mantigue Turtle Sanctuary.
Explore the Island
Guided Hiking Tours
We organise your hiking trip to Mt. Hibok-Hibok with experienced guides, who will introduce you to the beauty of Camiguin above the surface.
"
Best option for diving. Really great dive center, focused on wellness of customers. All new equipments, great diving, a manager that really cares how the costumers are feeling. We dived with divemaster Romeo,a really great guide with good sight, we went looking for a mimic octopus and eventually we spotted thanks to Romeo. Best choice in Camiguin.

"
Great dive shop! I had the best time doing my open water course with Axel! He’s a great teacher, a really funny guy and most importantly really passionate about his job. The location is great, the equipment brand new and the whole staff is super friendly. Would most definitely recommend it!

"
Excellent diving session with Axel and his staff. This brand new club has excellent equipment (boat, suits etc). They offer great service. You just have to enjoy your dive for a very reasonable price. The diving center is situated within a beautiful beach resort with a great restaurant if you want to have lunch after your dive (Axel also offer you a very good snack with coffee and biscuits if you prefer). Long life to Black Beach divers! 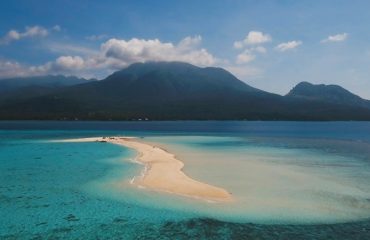 Come and be a part of the Camiguin dive community! From June 23 to August 31, the island province will be celebrating the first Camiguin Dive Festival to ... 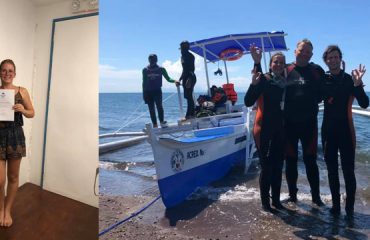 Congratulations from all of us @ BlackBeachDivers, to our newest successful PADI Open Water Diver course participants! You did an awesome job! 💪🏼😎 Always ...